My friend Chris Matthews has just posted his first letter since he has landed in Freetown, Sierra Leone. He is working hard and I thought that I would direct you to his blog.

I was reading the book Open Source Development with CVS (here) and found a excellent rationale for open source software on page 23 :

“Traditional capitalism is based on the idea of limited supply; however, information has become a commodity in itself and is never in short supply. In fact, the ubiquity of computers and the Internet has made it possible to replicate any information effortlessly and without bounds. Even so, we still treat software as if it were a tangible object in short supply. If you copy software from somebody, you’re legally stealing it. The software industry has attempted to extend this metaphor into the information economy, artificially re-creating the economics of limited supply by creating software licenses.
There’s nothing wrong with making a living as a programmer or as a software company employee or executive. The authors of this book get part of their incomes as programmers. However, it’s nonsensical to use this profit-model. Imagine a science-fiction device that allows any sort of food or physical object to be infinitely duplicated. If somebody then tried to sell you a tire for your car, why in the world would you buy it? You could just throw your friend’s tire into the duplicator! However, you might want to pay somebody to design a new tire for you or perhaps to install the tire on your car. Or to help you when some other part of your car breaks, you might want to buy a warranty for future support. Or maybe just hire a personal mechanic.”

I tend to agree with what he is saying.

I just checked UPS tracking for a book I ordered. IT HAS ARRIVED!!!

Learning Python, I hope, will be the first stepping stone to me becoming a more well rounded programmer. I have started to have interest in Python(cool name) because of Ubuntu and OLPC(One Laptop Per Child). Both of these projects aim to help the world, and they depend on Python. I would love to be able to write a great application that would easily work for kids of developing countries , and/or on my operating system of choice, Ubuntu(or any Linux).

I decided to choose Python over Perl (I bought “Learning Perl” about a year ago). Creating GUIs in Python seems more intuitive, and I prefer object oriented programming(I don’t think Perl is) .

Python over Java : I wanted something more nerdy and that could integrate with UNIX better.

Python over C++: C++ is much to hard. Just compare the list structure in both languages. Also, DB work will be easier (I hope :))

So, while I’m stuck away from home until tomorrow, my book will sit on my front porch. I can not wait to get home and rip it open. :)~

The Perl book was excellently written, and the authors deserve awards for how easy it was to read. I got through most of the book in 2 days. It just so happens that the two days had about 11 months in-between. Because the book was so good, it almost makes me feel bad about deserting Perl, but it must happen.

A few days ago One Laptop Per Child (OLPC) announced the date of there “Give 1 Get 1? campaign. I have decided that I will be giving/getting one as soon as possible. This is a great opportunity for me to help out a worthy cause and get a really sweet computer/e-book reader/conversation magnet too. Give1|Get1 HERE!

On another note– I hope by the time they start selling these things on November 12th 2007 that they will have some different color options. If having bunny ears on the thing wasnt enough, it’s got to be bright green too. : )

I have had a hit from almost every English speaking country in the world. That is why the internet is so sweet. Effortlessly connecting people for free. I can’t wait to see what the next few years holds.

Concurrent Versions System(CVS) or any Version system(SVN, Bazaar, Source Safe) is the best thing for programmers ever. Using CVS, me and my friends Grant and Dallas are able to program together, apart. This helps working on a program since I have the exact opposite work/sleep schedule as both of them.

If you are working on a digital group project, I would suggest trying to set up a Linux/CVS server.

Nokia’s new iPhonesque cell phone the S60 has just been announced. There decision to open source the products OS has also been decided. I believe that the reason for this is that they are trying to reset the competition.

In the book, The Cathedral & the Bazaar by Eric S. Raymond, there is a chapter called “When to be Open and when to be Closed”. In this chapter there is a reason for open sourcing called “Resetting the Competition”, he describes it as follows:

When the development of the open-source X window system was funded by DEC in the 180s, their explicit goal was to “reset the competition”. At the time there were several competing alternative graphics environments for Unix in play, notably including Sun Microsystems’s NeWS system. DEC strategists believed (probably correctly) that if Sun were able to establish a proprietary graphics standard it would get a lock on the booming Unix-workstation market. By funding X and lending it engineers, and by allying with many smaller vendors to establish X as a de-facto standard, DEC was able to neutralize advantages held by Sun and other competitors with more in-house expertise in graphics. This moved the focus of competition in the workstation market towards hardware, where DEC was historically strong. (149, Raymond) [view][buy]

This, I believe is exactly what Nokia is doing to Apple.

Similarities with Sun’s NeWS and Apple:

Similarities with DEC’s X and Nokia:

1. Nokia is funding the open source SO6 OS (along with [other open products])
2. Nokia may be able to neutralize advantages held by Apple when they release a free and open source alternative.
3. Nokia will be able to remain focused on selling great cheap handsets.

These moves by Nokia will hopefully make the cell phone market adopt more open standards as well as becoming a friendlier place for hardware manufacturers and for there users—you and me.

Eclipse is my Java IDE of choice. They will be releasing their newest version in about 25 days. Eclipse is able to do PHP, Java, C++, C… and has nice features(plug-ins) that are cross-platform.

From what I can tell by looking at the stylesheet here:
http://www.data.gov/css/nav.css

And google search for part a section of the CSS:
http://www.google.com/search?q=%23header-region+UL.nice-menu+LI{PADDING-BOTTOM%3A0.1em%3BMARGIN%3A0px%3BPADDING-TOP%3A0.1em%3B}&ie=utf-8&oe=utf-8&aq=t&rls=org.mozilla:en-US:official&client=firefox-a

I find the first result to be Drupal.

I couldn’t find the admin section, I’m sure they have disabled all that, or renamed it.

I like what this site is all about!! I like to see some transparency, even if it will never ever be perfect. 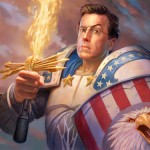 I guess we will see if I am correct.